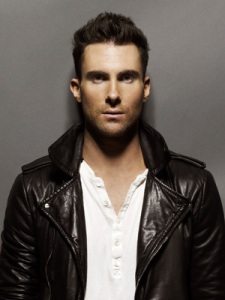 Adam Levine is an American singer, guitarist, and songwriter. He is the lead singer of Grammy Award-winning band Maroon 5.

Adam was born to Jewish parents in Los Angeles, California. He showed a strong love of music at a young age, learning to play the guitar and  performing on stage at twelve years old. As a teenager at the Brentwood School, a private day school in LA, he was awkward: he says of his teen years, “I was gross, My hair was long and really ratty…[I wore] huge, oversize flannels that didn’t fit [and I had] a goatee.”

He met future band mates Jesse Carmichael, Mickey Madden, and Ryan Dusick at a performing arts camp while he was in junior high school. They formed the band Kara’s Flowers and released one album in 1997 — The Fourth World. They later reformed in 2001 as Maroon 5.

Maroon 5’s debut album Songs About Jane was based on lyrics written about his break-up with a former girlfriend. The second single from the album, “This Love”, won the Grammy Award for Best Pop Performance in 2005. Their second album It Won’t Be Soon Before Long was released in 2007 to similar success. Their latest release Hands All Over is described as “a killer hybrid of rock, pop, funk and R&B.”

Adam has had much success as a solo artist, working with artists such as Kanye West, Alicia Keys, and Slash (Guns N’ Roses/Velvet Revolver). He has stated that he plans to leave Maroon 5 in the near future.

Adam is ambidextrous — he writes with his left hand, but uses his right hand for almost everything else. He has been diagnosed with Attention Deficit Hyperactivity Disorder (ADHD), a disorder characterized by hyperactivity and difficulty with attention.

He says he “loves women” and plans on getting married, despite high divorce rates and his own parents divorce when he was seven. He has been romantically linked to several celebrities, but his current girlfriend of nearly a year is Russian model Anne Vyalitsyna. 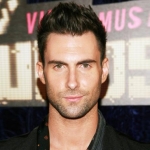