Note: This is part 1 of a series on overused terms

Self-hating, or self-hatred, is a disliking of oneself and/or one’s ethnic or racial group.  The term is often used in a belittling manner to describe non-white people in interracial relationships, including those who date exclusively or mainly outside of their race. The basis for this charge is the idea that the person in an interracial relationship wishes to escape their race or ethnicity by uniting with their partner.

1. The accused person has a strong sense of racial or ethnic identity

In accusing an interracial dater of self-hatred, the accuser assumes that the person has a sense of themselves as a member of a particular racial or ethnic group. This is a faulty assumption.

Although many non-white groups living in majority white countries are aware of their racial status, this is not always the case. Some non-white people do not consider themselves to be essentially different, or do not consider this difference to be important to their sense of self and identity. How can someone loathe themselves due to their race if they don’t identify with their race? 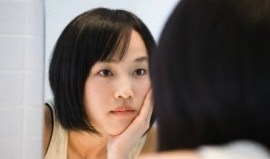 2. The accused person identifies with the opposite gender of their race

Accusers consider the two genders of a racial or ethnic group to be inherently the same or similar. But the person in an interracial relationship may not view the situation the same way, even if they have a strong sense of racial identity. For example, a black man may see himself as essentially different from a black woman. He may like or love everything about himself yet dislike everything about the opposite gender of his race. He wouldn’t be a self-hater because it’s not himself he loathes, but the opposite sex of his group.

3. Interracial dating allows a person to escape their race

Interracial relationships may not provide a way to leave your race behind. Instead, interracially dating can cause a person to become more aware of their race. It can be hard to ignore the stares, disapproval, shock, curiosity, and of course, the accusations of self-hatred. As far as race goes, it would be easier to be in an intraracial relationship — ideas about race would be less of an issue.

4. The accused person sought out a partner of a different race

Above all, many of those in interracial relationships or marriages did not set out to be in one. While there are certainly those who looked for a partner of a particular race (or not of a particular race), many more did not. They simply found someone they loved and were compatible with and did not allow race to become a barrier to establishing a lasting relationship.