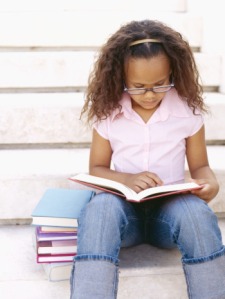 Is being inwardly focused and gaining energy from your inner life instead of the outside world a sign that you’re mentally unwell?

Western culture glorifies sociability, outspokenness, and other traits associated with extroversion — the primary interest and involvement with one’s surroundings. Extroversion is seen as the ideal way to be and function in society. To a further extent, a lack of social activity is assumed to be abnormal. People wonder what is wrong with the person who rarely socializes.

Mental health organizations encourage popular belief that there is something inherently wrong with introversion. The World Heath Organization (WHO) classifies the introverted personality as a mental health problem and includes introversion in it’s “International Statistical Classification of Diseases and Related Health Problems”. In 2010, the American Psychological Association (APA) proposed including introversion as an indicator and factor in diagnosis of personality disorders.

Wider society’s views result from a fundamental lack of knowledge and understanding of introversion. Introversion is not a mental illness, but a personality trait like any other. Studies show that introverts simply have more activity in their brain and as a result are satisfied with a smaller amount of outside interaction.

The introverted person lives a fulfilling life and is not impaired by their lack of activity and concern with the outside world. Introversion is correlated with useful qualities such as higher academic achievement and greater impulse control. Because of their tendency to be concerned with their inner world, introverts often have a greater awareness of themselves and other people.

Introverts can, however, can become unhappy if their natural way of being is not accepted. An introvert can only pretend to be extroverted for so long before they become drained and return to their more comfortable inward state. If introversion is connected with mental illness it is due to introversion being seen as a disorder. The outside world can succeed in causing some introverts to also believe they are abnormal.

Even if introverts could become extraverts, the world would miss the value they bring to society. Everyone does not need to be a constant talker or doer, some people need to listen and reflect. This creates a more well-rounded society where the unique strengths of each person adds to the larger diversity of the world. As long as introversion doesn’t prevent a person from being a fully functioning individual who leads a happy life –and it doesn’t– it shouldn’t be seen as a mental disorder or depreciated in society.

24 thoughts on “Introversion as a Mental Illness”