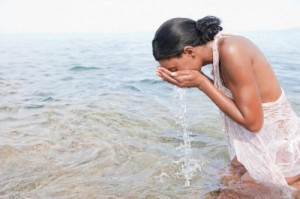 Black Women Empowerment (BWE) blogs are a niche of blogs which center on discussion and  improvement of the lives of black women in the United States, and the world.

Black Women Empowerment blogs are a diverse group — some focus mainly on practical advice designed to enhance the lives of black women, others on current issues which affect black women, and many more on dating and marriage with a spotlight on interracial relations. Some combine all of these subjects. BWE blogs address and cater to the particular needs of a group which isn’t often acknowledged in more mainstream arenas.

Since their inception Black Female Empowerment blogs have created waves in the blogosphere. BWE blogs, their owners, and their writings draw strong reactions and criticism. Some hail the writings of BWE blogs as groundbreaking and essential, but BWE blogs have also been denounced as everything from hateful and bitter to pathetic and misguided. Blogs have been created to oppose and ridicule their messages.

BWE bloggers and participants have responded to these accusations on occasion, but here I’ll explore in-depth some of the most common criticisms of Black Women Empowerment blogs, the reasoning behind them, and the accuracy of these assessments.

One of the main purposes of BWE blogs is to alert black women to pressing issues in their communities and raise awareness. As such, articles and comments tend to be written in a straightforward, direct style. Words are not moderated for sensitivity — BWE blogs are clear about confronting issues and those who have been identified as sources of these issues.

The blunt manner of many Black Female Empowerment Blogs is read by some as anger and animosity. But this is a perception caused by the reader and their background and not necessarily reflective of the writer or even the writing — another reader may view the same writing as positive and calm. A writer may view their message as urgent and style their words to demonstrate this urgency, even though they may be relaxed while writing. A willingness to tackle difficult ongoing situations with confidence can be seen as optimism that change is possible, instead of begrudging.

Single and dating black American women have historically focused their dating efforts on black men to the exclusion of other groups of men. For various reasons, BWE blogs centered on dating and marriage advocate black women broadening their dating pool to include non-black men. They believe that by expanding to include all groups of marriage-oriented men a woman has better chances of finding the love and partnership she desires and enhancing her life. 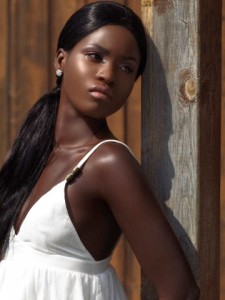 This message in its various forms is taken by some to men that BWE blogs view non-black men and particularly white men, as a cure to what ails black women — the black women’s savior. But while some BWE blogs do focus on non-black men much more than black men as partners –black women do not need to be told they have the option of dating black men– their message has always been for women to  choose a partner based on his character and values and not his ethnic background.

In following this focus on character several BWE bloggers have criticized the actions of non-black men who they view as not enhancing, but diminishing the lives of black women and women in general. They do not discourage a black woman’s choice of a black partner as long as her choices better her life.

Thus what BWE bloggers hate are the actions and mindset of some black men, not the black men themselves. Commentary may be blunt, but it focuses on those behaviors and attitudes –and only those– which are harmful to black women. After all, what BWE blogs are concerned with is the well-being of black women.