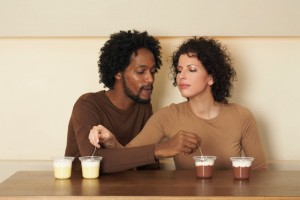 Fetish — the term is used to describe many a situation or intimate relationship. There are various ideas on what a fetish is and who is likely to have one. Some fetishes are more controversial — or more common — than others, such as the racial fetish. But what is a racial fetish, exactly?

A fetish is usually defined as an undue fixation or obsession with an object, person or situation.This could be anything — whatever you could think of, there is someone who has a fetish for it.

In regards to relationships, the racial fetishist makes a partner’s racial and ethnic make-up is of the utmost importance — often, the fetishist has a strong preference for people of a certain background to the exclusion of all others. The fetishist tends to have firm beliefs about a certain culture, appearance or background which places it above others in areas that are important to the person holding the fetish.

Who Has a Fetish?

Thus one  who prefers partners of a certain race or ethnicity is not necessarily a fetishist, any more than someone who prefers blondes or tall men. It is the importance of or motivation for the preference that makes a racial fetishist.