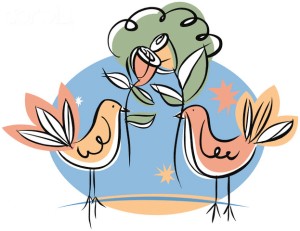 Since publishing the response article Why the Man Has to Chase I’ve received several comments and emails from men and women alike explaining why, or why not, they agree with the premise of the post. For the most part, the men who have written in do not agree with the idea that while women can initiate contact, women are more successful in dating and relationships if they leave the pursuing and chasing to men.

In contrast, the vast majority of women who have given their responses agree with the article and have given their experiences with dating that support the theory behind it. In the females’ experience, for a variety of reasons, pursuing men they have found attractive has been mostly unsuccessful.

Now, I ask readers, considering all factors: your experiences, personal beliefs, and any others: do you think women should pursue men?

One part of my view is contained in the earlier post — no, women should not pursue men because men don’t want to be chased. Men, if they’re interested, will show this interest in some way, thus making chasing men unnecessary.

However, the idealist in me does believe that women should pursue men. After all, this makes securing the man she finds the most attractive, easier, instead of choosing from the men who show interest. In a world without gender bias and norms, women would and should approach men. Unfortunately, we do not live in that world.

What is your view? Should women pursue men or not?