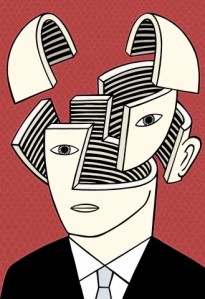 Does our culture promote the labeling of regular variations in behavior and personality as abnormal and disordered?

It has been announced that the fifth edition of the Diagnostic and Statistical Manual of Mental Disorders, DSM-V, will contain some significant updates. The DSM, published by the American Psychiatric Association (APA), is considered the standard for understanding and classifying mental disorders in the U.S. and around the world.

With recent changes, however, the manual and the 30,000+ psychiatrists who oversee its contents have come under heavy criticism. This is because the new edition to be published later in May contains criteria which would classify such common behavior as tantrums, overeating, and grief as personality disorders. For example, those who grieve over the loss of a loved one or a relationship for more than what is considered necessary would be seen as suffering from Prolonged Grief Disorder (PGD) and kids who are stubbornly broody and have outbursts would be displaying Disruptive Mood Dysregulation Disorder (DMDD).

Critics of the new manual include many psychiatrists, like the head of the National Institute of Mental Health who says the manual, “lacks scientific validity”. Other health professionals and the public alike have put pressure on the APA to revise its changes, believing that the current update would encourage the labeling of normal people as unwell and in need of serious psychiatric help, including medications.

Others, like myself believe that the APA’s updates are a part of a global culture of diagnosing undesirable personality traits as mental illness. Although the average person isn’t aware of how symptoms specifically manifest and how severe they can be, many personality disorders have become common parlance as a way of dismissing people who we don’t get along with or understand. Thus:

The APA claims that their diagnoses are made to better understand people and ensure they receive the best treatment for their mental health. Despite this, it can’t be ignored that these conditions have been popularized and are now used not to understand but to stigmatize and exclude those whose behaviors don’t line up with the society’s –or a specific person’s– ideal and norm of personality. Instead of trying to understand and empathize with others we have learned to simply classify them as “crazy”.