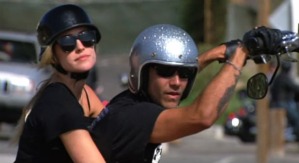 We all know by now that women supposedly only like the bad boys. This common saying spans cultures and time periods and take on variations to suit the situation such as “Women don’t like nice guys” and “Black women only like thugs”. What is the cause of this phenomenon, if it truly exists?

The sexes are divided on this topic: many women disagree with the statement, insisting that they don’t like men with bad behavior and can appreciate a kind and good guy. Meanwhile, men claim that women like this are in the minority; most women like their men tough and a little rough around the edges.

In my view, like with most things, the truth seems to lie somewhere in the middle. While a few women do like the bad-to-the-bone guys, most women wouldn’t go for an outright jerk. At the same time, most women may not be too fond of your stereotypical nice guy/wall flower. The ideal guy would strike a balance between tough and traditionally masculine, and gentle and receptive.

But why is the bad guy chosen over the Average Joe? Contrary to what may be assumed, the bad boy’s badness is not what is appealing to women, but his other traits that go along with it. The Jerk is the opposite of the Nice Guy, so what the Nice Guy lacks the Jerks has, in abundance. Characteristics such as:

All of these traits, and others, make the bad boy stand out in a sea of men and signal to a woman that he is interesting, different, and might be worthwhile. So while there is nothing wrong with your average guy, she’ll be more likely to notice and become interested in someone who dares to push the limits of what’s right and acceptable.

Agreed? Let me know your thoughts on why women are attracted (or not) to bad guys, below.